GET TO KNOW CAROLYN CARR | THE ARTIST IN ME

I carefully cradled in my cupped hands two little white balls of fluff. Their huge black eyes stared at me unblinking. I had no idea what kind of birds they were but judged by the shape of their heads that they might be vultures. As the weeks went by, they first sprouted rust colored feathers disproving the vulture idea. Then came some softly striped plumage. It was intriguing to witness the transformation day by day from small, helpless, creatures with gaping mouths begging to be fed, into sleek, aerial acrobats capable of intercepting food on the fly.

The day that I freed the biggest one to go out on his own, he flew to the top of a tree near the house. I waited, wondering what would be the next move. A beautiful iridescent blue morpho butterfly came out from the shadows, and glimmering in the sunlight fluttered and dipped its way across the yard. It too seemed as though it might be on its maiden flight, its big wings flapping erratically. Suddenly to my horror the bat falcon swooped down and dived for the butterfly. It franticaly kept going; disappearing from my view somewhere in the underbrush possibly or perhaps not devoured by the falcon. The scene left me shaken. It was a graphic display of the reality of life.

Here was demonstrated the flippant, vulnerable gaudiness of youthful ambition and the watchful, calculated predatory instinctiveness that is necessary to survival.

As a young girl growing up on a wheat farm in Western Kansas, my sister, brother and I saw our parents, as had three generations of Rauchs before them, struggle with and overcome the forces of nature in the form of drought, hail and wind to build our family farm. It was clear to me that harvest came only after intense struggle and perseverance in the face of odds.

That I emerged from this most utilitarian of backgrounds as an artist can only be appreciated and not explained. Like the morpho heading out into the sun, I flitted out into life’s expanse trusting my own fragile membrane of iridescent blue to carry me. And yes, I’ve reflected the sunlight and felt the wind of the falcon’s wings.

In 1977 my husband and I packed up our possessions and our children and moved from the plains of Kansas to Banana Bank, a ranch in the interior of the tropical Central American country of Belize. In one broad sweeping move we went from a prairie with unlimited sky to the ensconcement of the jungle. So began our own struggle to force the environment around us to yield a living.

In a setting of intense green, a profoundly natural phenomenon close on every side and from a background of a great expanse of blue and gold horizon and sky, I painted the pieces you will see in this web-site. Born to Victor Rauch and Hazel Adams Rauch – December 3l, 1944 in Canon City, Colorado
Married to John Carr in August of 1968
There are three daughters: Leisa, Victrie and Sundee
There are eight grandchildre

Graduated from Greeley County High School in Tribune, Kansas in 1962
Graduated from Utah State University with a BFA majoring in design in 1967 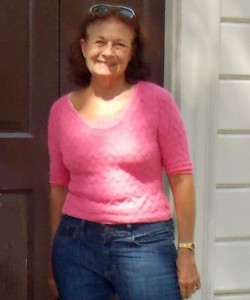 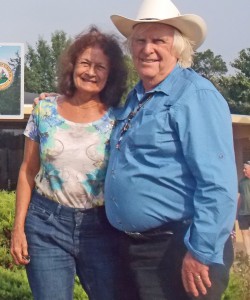 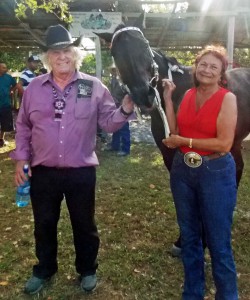 My purpose in this life is to be clay in God’s hands, to be molded into something useful to Him that serves His Son and blesses other people.